In addition to the prizes awarded in Edinburgh late last year, the Glasgow Art Club has announced two further prizewinners during a very busy opening event held at the Club.

Eric Robinson received the GAC Photography Award for his piece entitled The Instrumentalists: 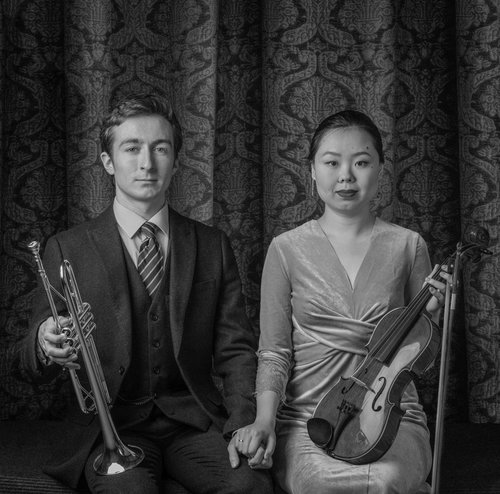 I was first a designer and then a teacher who continued to design and make furniture. After 25 years of teaching, I left in 2004 and completed a MA in film directing at Edinburgh College of Art. For several years I worked as a freelance filmmaker, yet I have always taken photographs and became increasingly interested in the still image and portraiture in particular.

The Instrumentalists is my take on how I saw Rosie and Alex on that day. The formal almost retro look of the image echoes the early days of photography and sits well with their own timeless look.

Kevin Dagg received the GAC Fine Art Award for his sculpture, The Poser: 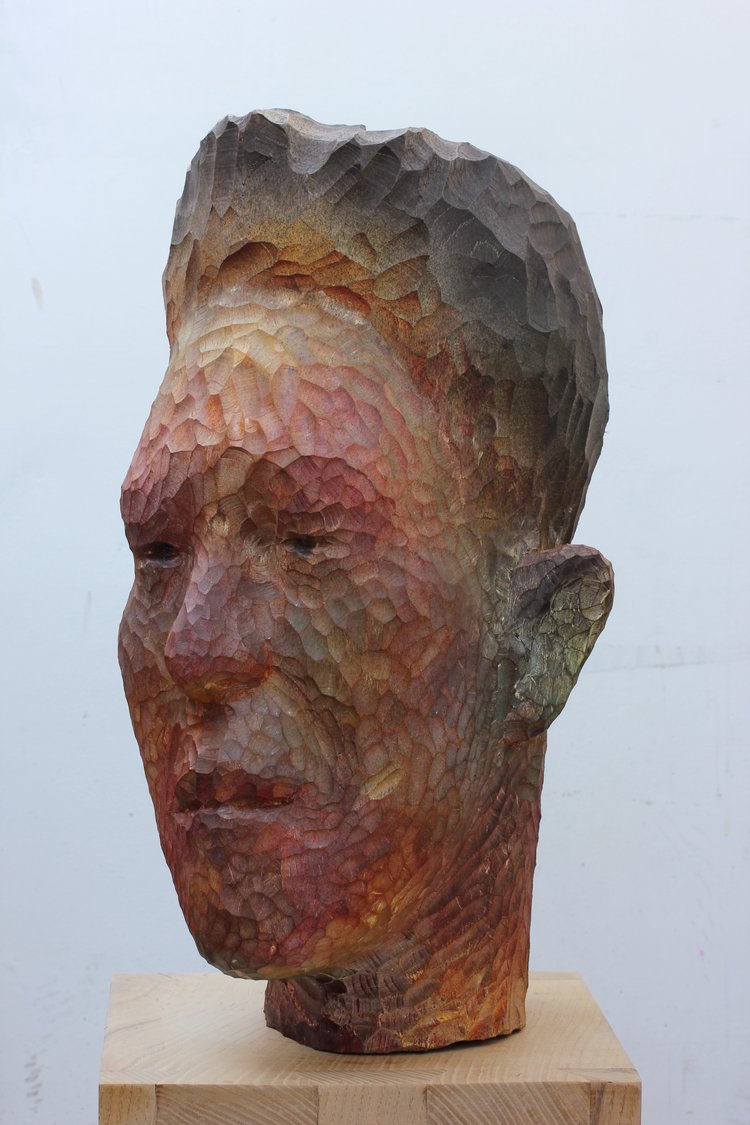 The subject is a Kurdish barber, recently migrated to Scotland. His is one of a series of portraits I produced at the Kurdish Centre in Wester Hailes and aims to help raise the visibility of this migrant community and their struggles. The portrait was modelled in clay, then carved into wood and sprayed with CMYK printing inks. The head was carved with great speed to capture a fleeting expression.

Since graduating from Gray’s School of Art in 1993 I have been practicing as an artist whilst lecturing in sculpture at Edinburgh College of Art.

The prizewinners will receive one year’s complimentary membership of the Club with the opportunity to exhibit.

The exhibition continues at The Glasgow Art Club until 09 February.

Entries for the 2019 Scottish Portrait Awards are open from 2 April to 30 June 2019. See the website for details: www.scottishportraitawards.com