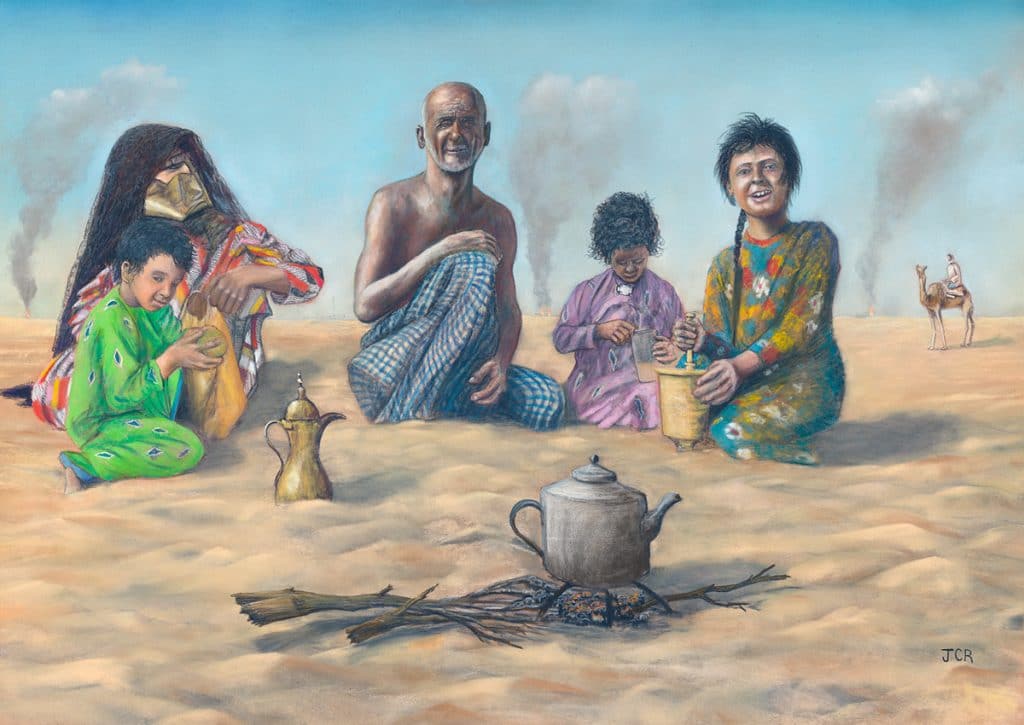 John Rowland is a former chartered land surveyor and keen photographer who developed a passion for art after moving to Glasgow in the late 1990s.  After pursuing a number of evening class programmes, initially at Strathclyde University then Glasgow School of Art, he developed a keen interest in working with pastel under the tutorship of Glasgow Art Club member Margaret Evans.

Much of his work draws from past travel experiences and the portrayal of 'sense of place'.  His early career as a land surveyor took him to parts of the world that at that time were largely off the beaten tourist track.  During the 1970s and 80s he lived and worked in the Middle East, Pakistan and Northern Australia.  Since returning to the UK at the end of the 1980s he has continued to travel recreationally. Family connections in South Africa and, more recently, Brazil have been some of the destinations that have provide subject matter.

He became an elected artist member of the Glasgow Art Club in June 2018.

"Arabian Sands – this is the title of Wilfred Thesiger’s account of his exploration of the Rub’ al Khali (the Empty Quarter encompassing parts of Saudi Arabia, Oman and the then Trucial States) between 1945 and 1950. This also happens to be when initial oil exploration first commenced in this part of the world.

In 1971 the Trucial States became the United Arab Emirates and in 1976 I was assigned my first overseas posting as a young surveyor working for BP to stake out the locations of future oil wells for the Abu Dhabi Petroleum Company. Within a few weeks of arrival I encountered this Bedouin family camped out not too far from one of the oil fields and experienced the hospitality that Thesiger describes in his account.

I undertook this pastel painting recently working from photos that I had taken back in 1976."

Arabian Sands is on display at the Glasgow Art Club throughout the month of March.