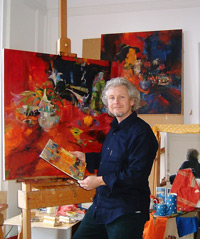 Peter Graham has earned a reputation as one of Britain’s most gifted and distinctive Modern Colourists. His work is often related to the Modern Scottish School but Peter has a flamboyant style which is unique- detailed brushwork combined with loose fluid strokes creating vibrant contrasts of pure colour, line and tone.

He attended Glasgow School of Art between 1976 and 1980, following which he pursued a successful career in the media. Peter won a major British Council Award in 1990 as first UK painter to become Artist in Residence at the Nan Yang Academy of Fine Arts in Singapore. From 1994 – 96 he served on the Scottish Arts Council as Advisor for the Visual Arts. This was followed by a series of prominent exhibitions in London, and New York.

Peter is a Member of The Royal Institute of Oil Painters and has won a number of National Awards. Between 2001 and 2005 Peter served on the ROI Council including a period as Vice President. His paintings are held in public and private collections around the world including The British Council and The Western Baths Club, Glasgow. 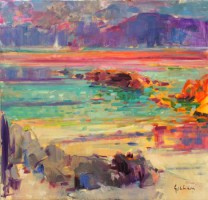 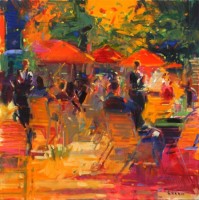 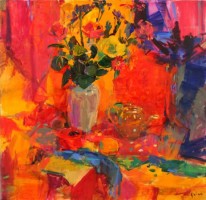 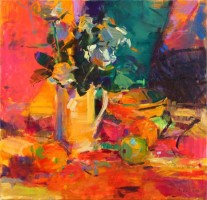 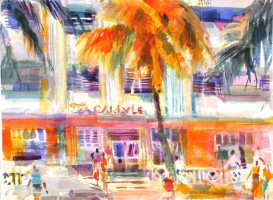 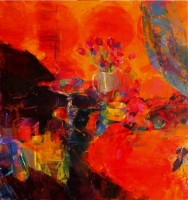