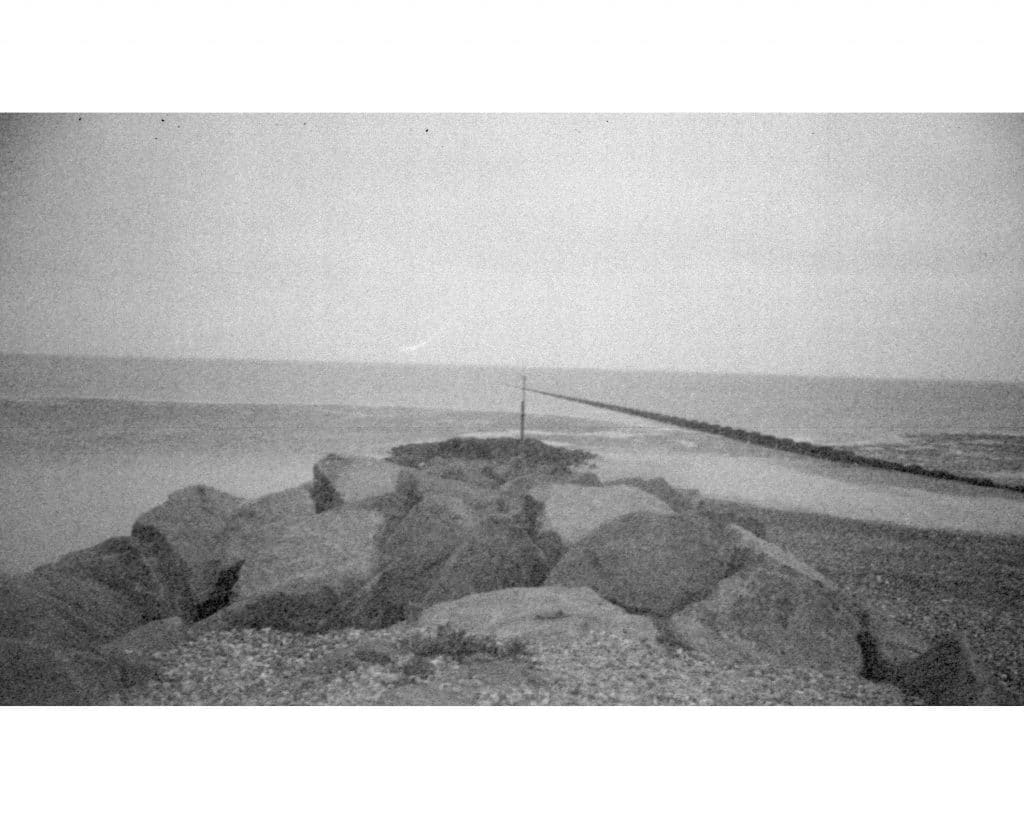 According to the Climate Central app, Thanet, UK is likely to become an island again within the next decade. The Isle of Thanet was drained in medieval times, but rising tides are likely to reclaim the land.
Submerged Landscapes is an ongoing project where I have documented the affected areas before they are submerged, using the materiality of the sea within the production of the work. This image was produced using seaweed developer.
Reculver is a low-lying area of Kent which holds a medieval fort which has gone to ruin. The whole area of Reculver is likely to be enveloped by the sea.