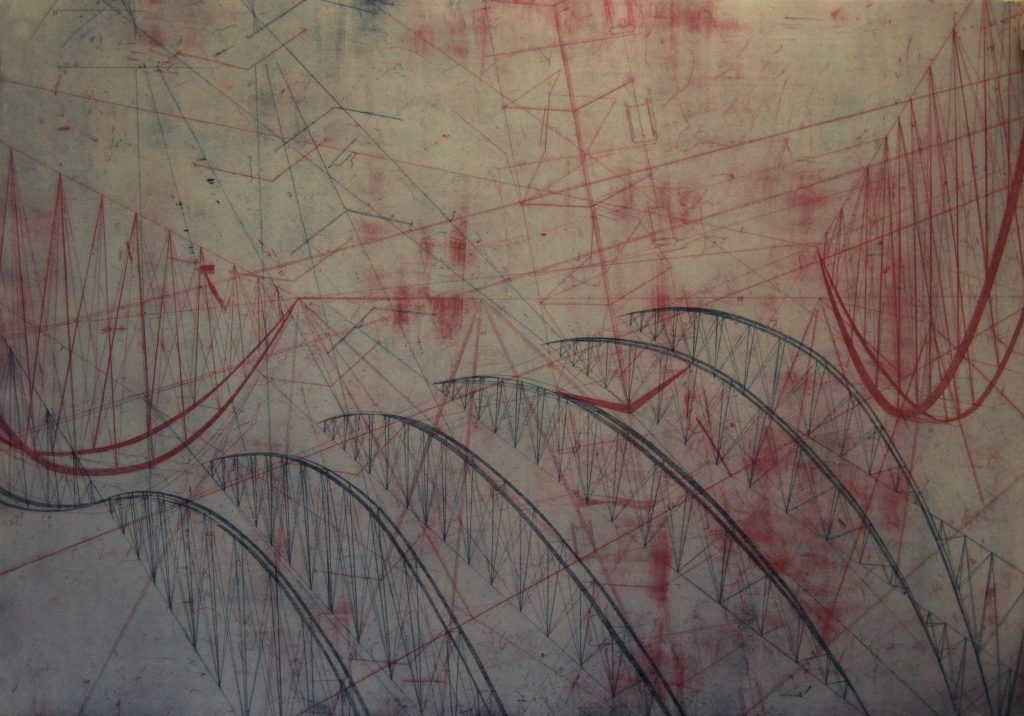 Made Up brings together a group of UK and Europe based artists whose work is involved with processes that extend beyond the conventions of wall-based art. None of the artists are easily categorised, moving between different media in their practice.

The title of the exhibition refers both to the elements of construction and manufacture that form part of their methodology and to the definition of ‘Made Up’ suggesting a creative and invented world.

“An interesting aspect of curating this show has been the venue itself. Its historic art nouveau ambience to which Charles Rennie Mackintosh contributed, and its terracotta coloured walls, create a powerful space offering a different context to the neutrality of a contemporary white cube gallery. In curating the show many interesting cross-references and sometimes unexpected coincidences have come to light which have influenced the final selection of the artist work. Themes around time, exploration and adventure, flight, the sea and the built environment overlap in many of the artists work.” Alan Bond, curator of Made Up. 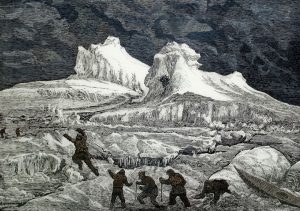 Katharine Aarestad, Because The Are No More Lands

Katherine Aarrestad has a predilection for the Victorian, the absurd and for themes of exploration and adventure. Interventions to found images combined with mysterious titles create a time-shifted world that resonate with contemporary anxieties. In the prints and drawings of Cecile Simonis space travel, dirigibles and dinosaurs simultaneously inhabit a complex world. The characters find themselves in unfamiliar environments that cause them to contemplate past and future time. 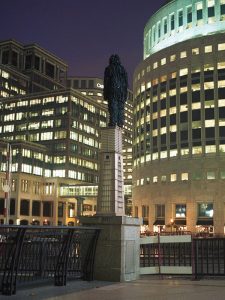 Displacement also takes place in the often humorous work of Jorg Oberfell who finds various ways to intervene in and to occupy the city. His alter ego in the form of a Yeti annexes civic plinths and in other works devours entire urban districts.

Chris Dobrowolski is in world-wide demand for his self deprecating lectures on the various failures associated with his projects. He has built and, briefly, flown an aeroplane. The Flying Flea made use of an engine from a Citroen Deux Chevaux and had wings
papered from his own press cuttings.

As a result of winning the J. D. Ferguson Art Award Robert Balfour made sketchbooks of his visit to the Ross Sea and subsequently produced the award winning Wolfskin suit.
In this exhibition his rugged iron ships also reference the notion of Empire and convey a sense of derring do. 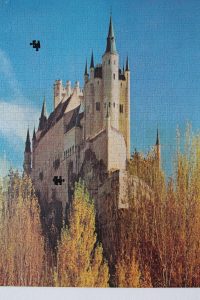 Stuart Mayes selects familiar objects from the material world and makes subtle and thoughtful interventions which he describes as ‘progressive rather than transformative’ . They are simultaneously abstract and referential. His jigsaws with a missing pieces evoke the poignancy of absence and playing with the possibilities that these incomplete pictures offer, the glittery black holes suggest an invitation to pass through space and time.

The importance of the artwork as a finely crafted object is fundamental to Paul Charlton’s practice. He skillfully blends many different disciplines into works exploring his fascination with memento-mori, reliquaries, curiosities, oddities and side shows, resulting in objects that have beauty, mystery and a sense of completeness.

Sharon Quigley’s paintings are the outcome of a developed aesthetic sensibility and an iconography derived from a myriad of cultural references. Using the material properties of paint she creates works with a strong sense of object in which widely sourced intricately patterned surfaces explore and reflect the correlation that exists between them all.

Drawing is fundamental to the practice of Anka Dabrowska, Alan Bond, Stephen Felmingham and Bronwen Sleigh and all of these artists make 3-D work.

In her drawings and prints Bronwen Sleigh takes inspiration from industrial architecture and unused and forgotten urban spaces, Her work explores space rather than describing it, with inventive interpretations which become rhythmic and musical in their abstraction. In her 3-D work Bronwen explores line and space with wood and welded metal rod.

In Alan Bond’s architectural drawings the subject is subtly redefined through simplification, view point and framing. The spaces are depopulated allowing the viewer to occupy and examine the space. In a similar way his large scale installations that reference public buildings allow audience participation

Stephen Felmingham works with a vocabulary of motifs and materials that carry a weight of meaning: ash, gold, lead, beeswax and salt, while drawing with soot, ash and rottenstone to produce drawings and objects. He reveals meaning in the plane wreckage fifty years after it has fallen from the sky. Enigmatic objects are found littering the earth and the cockpit is a riddle of dials impervious to interpretation.