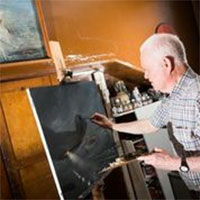 Born Glasgow 1939, educated at the High School of Glasgow and Glasgow School of Art specialising in Industrial Design, Diploma and Post-Diploma, 1961/62

Freelance practice as an industrial designer with part time teaching at GSA from 1962.

Appointed professor of industrial design at the Technische Hogeschole, Delft in 1970.

Publications – Glasgow’s Own, a visual history of 602(City of Glasgow Squadron) R Aux Air Force Glasgow’s Airport, Renfrew A Sense of Place, Glasgow International Airport at the Millennium Eagles in the Sky, with Alan Carlaw From Pilcher to the Planets with R Galbraith and Douglas Thompson Drawn to Scottish Steam, with Bill Brown and Campbell Cornwell Glasgow Central, Central to Glasgow, on the centenary of the station, a compilation from friends From the Karoo to the Kelvin. a compilation about the SAR Class 15F steam loco’s return to Glasgow 50 years of the R Aero Soc Prestwick Branch, a compilation from many sources with Dave Lacey and others

Articles and talks on design, aviation and railways

Created Squadron Prints with Alan Carlaw, a small business venture -produced over 700 individual aircraft commercial lithographs for the RAF, RN and air arms world-wide between 1977 and 2000. Business then carried on by Gill Howie and Berry Vissers.

Passions – Engineering, especially that of aviation (lapsed private pilot) and railways. Drawing-tries to paint the photographs that were never taken in the context of Scotland’s aviation and railway history. 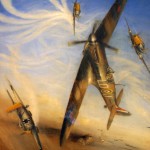 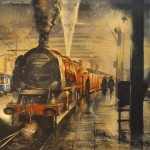 A Time of Transition, Glasgow Central 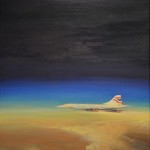 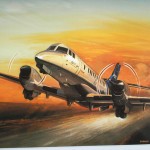 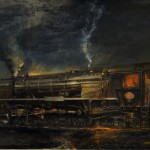 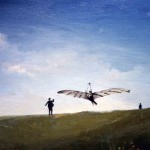 Pilcher at Cardros with Ella and Boy Bat