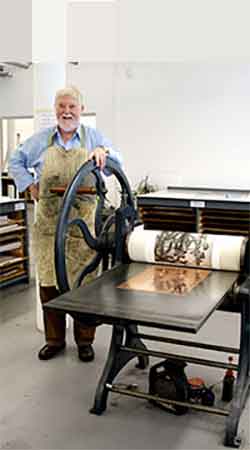 Chris Allan was born in 1946 in Newbury and schooled there and in Bedford till 1965. He graduated with a First in Fine Art from Edinburgh University and College of Art in 1970.

From 1970 he worked at the Whitworth Art Gallery, Manchester University, first undertaking research on the British Watercolours collection, and then as Curator of Prints and Wallpapers. In 1977 he was appointed by Glasgow University to front its new Hunterian Art Gallery. He oversaw the fitting-out of the building, the installation of the collections and the recruitment of staff prior to opening in 1981. Thereafter he managed this new facility for the University through the 80s and 90s.

While curating by day, he painted by night and ‘Secret Life’, a retrospective of the abstract art he had continued to make since student days, was held at the Hunterian to mark his retirement in 1996.

Subsequently his interests have shifted to representations of the natural world in both painting and printmaking. He has also published research on printmaking in 1950s Edinburgh, and on the prints of Elizabeth Blackadder, and assisted both the artist and the Hunterian in the realisation of a Duncan Shanks Sketchbooks project. Early experiences reconstructing C R Mackintosh interior decoration were recently revived to assist Glasgow Art Club’s restoration of the original appearance of its Gallery. 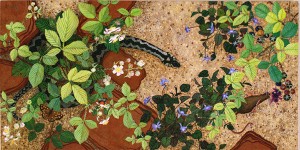 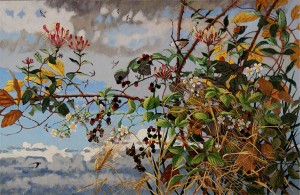 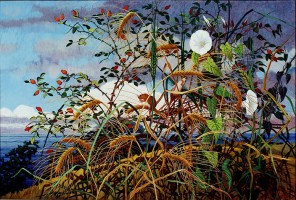 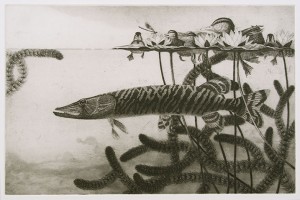 The Pike and Ducks