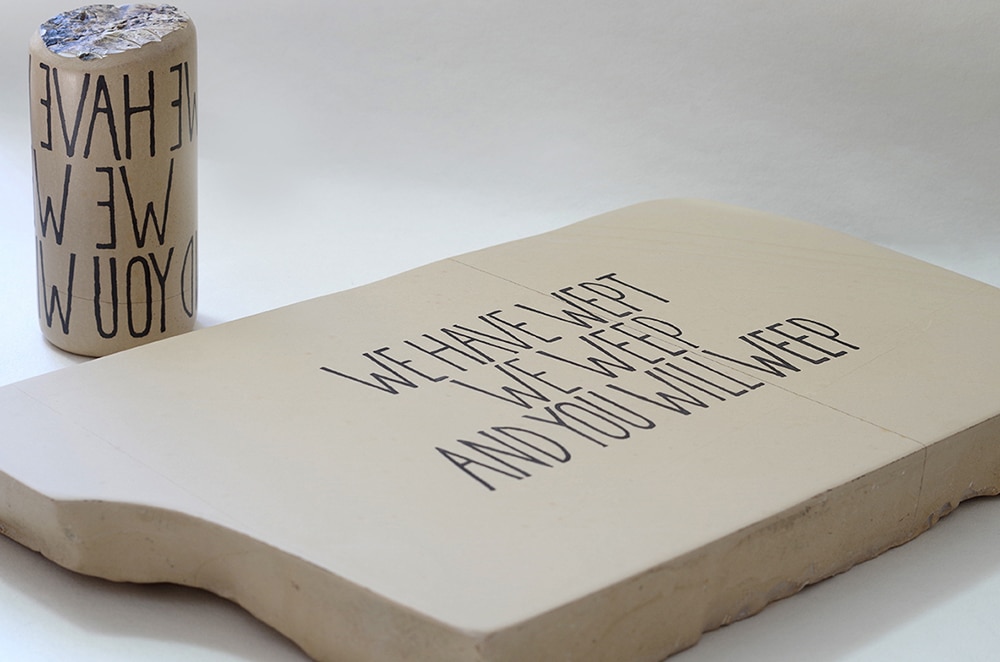 The post card is of a “hunger stone”, so called because it only appears in times of extreme drought, when water levels in the Elbe River are radically reduced. In 1904 this stone — which has the words “Wenn Du mich siehst dann weine” (“When you see me, then weep”) carved into it along with dates of past droughts — was revealed and provoked a wave of pilgrimage and tourism, of which the postcard is a relic. The accompanying objects are made from lithographic limestone and have the words “We have wept, we weep, and you will weep” embedded lithographically within them. These words are taken from another hunger stone, situated in Těchlovice, Czech Republic. One stone is a cylinder so that it can be used as a rolling matrix to lithographically print this message where needed, while the other stone is a flat stone that is light enough to be moved into place and shifted as necessary. Though inspired by large, static hunger stones, these two stones are meant to be agile and adaptable enough to suit the continually shifting environmental baselines of our current era.

<< Return to the Art of the Possible Exhibition