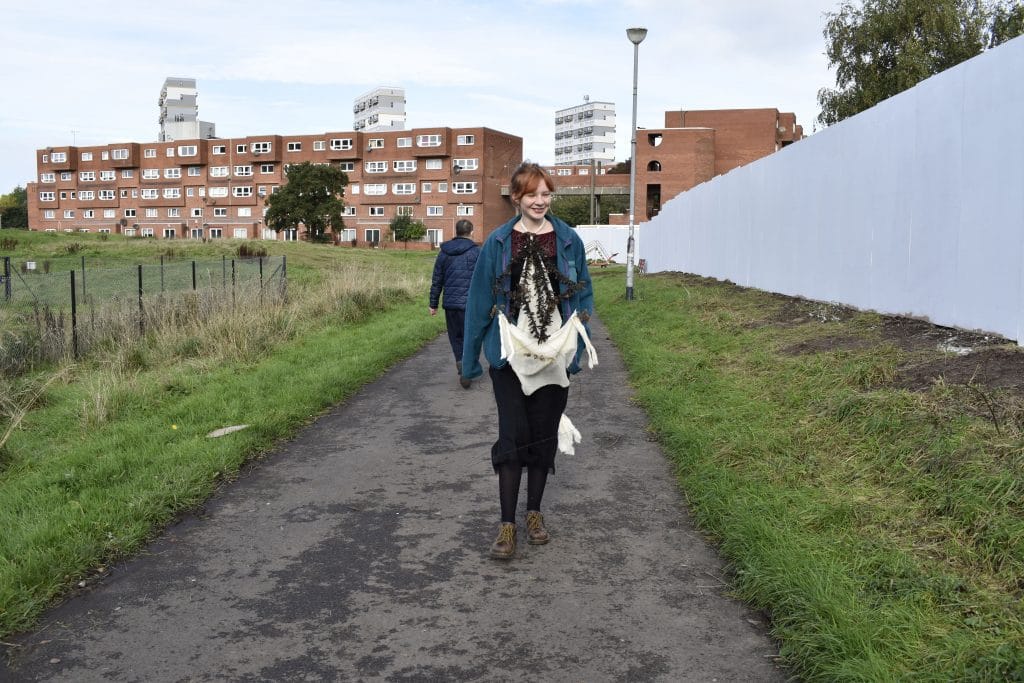 ‘Canal Walk Costume’ is based on my experiences of walking outdoors. I am interested in the spontaneous discoveries and interruptions we can encounter whilst on a journey. I enjoy repurposing found materials, by collecting fragments and waste, which helps me to gather clues about how we live. This wearable piece comes from a walk I took from my studio to the canal. I began to notice lots of rosehip bushes along this route, and discarded objects in the skate park, on the street, and by the canal. I retraced my steps, wearing the costume I had designed for this specific walk. It is built from things I have found and foraged – seed pods, wire, plants, and also the muslin I use in making rosehip syrup. The walk was an opportunity to pick rosehips, which I collected in the pouch, and can later use in recipes. I took time to appreciate being outdoors in communal space. In wearing the costume, it became fragile, and I later repaired it with new plants, allowing it to be adapted and reworn.

<< Return to the Art of the Possible Exhibition