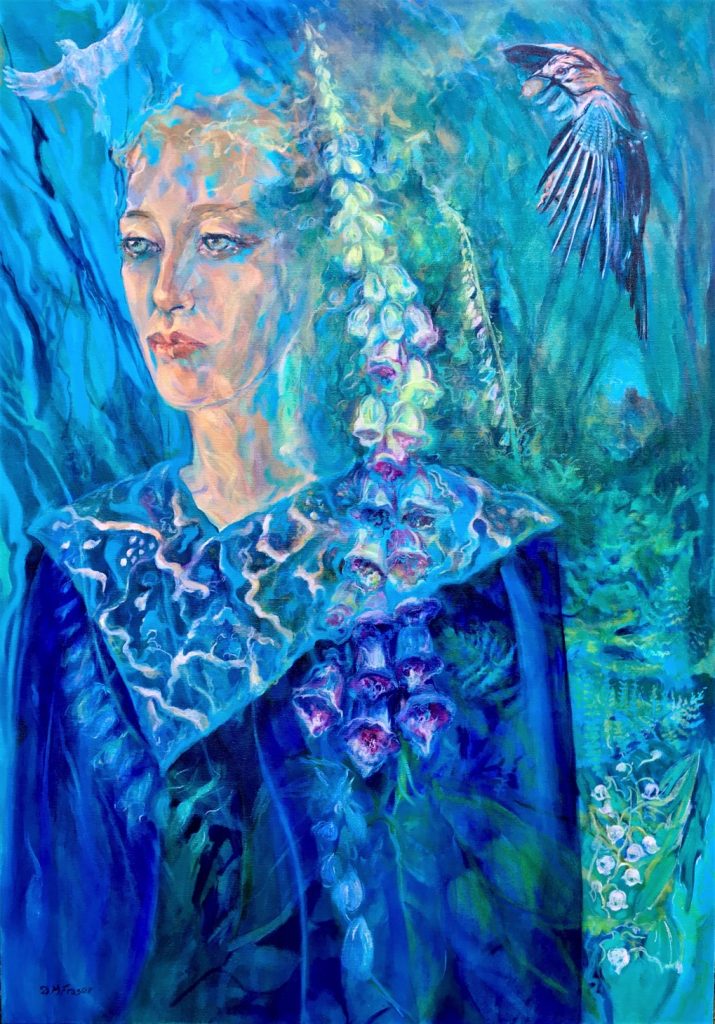 This exhibition is a collection of paintings and art textiles that explores the theme of natural creation and man’s ability to create our sophisticated society and coexist. Can we maintain a balance?

The signature painting of this exhibition has the title Creation Creation. The concept was initiated by the portrait painting of a family friend called Eden. The image of the figure is at points transparent echoing a feeling of transient existence. Where layers of meaning and imagery interplay.  Eden is wearing a costume collar that was crafted by another symbolising man’s creative abilities and she stands in a woodland where birds are in flight. The Eurasian Jay poised in mid air with an acorn in his mouth symbolises the regeneration of oak forests.  To the left of the composition a leucistic sparrow flies away. It has actually survived in this woodland location for a year. So symbolising that natural creation displays variation of a species and that we all struggle to survive.

Research and observation whilst traveling was so enjoyable, so avian flight and their global migratory path gave a limitless choice of subject and habitat.

A series of paintings of Granada are included and a contrasting art textile as far flung as Shetland. So I hope the viewer enjoys the range of artwork in this collection.

Inspired by William Blake’s visionary art and Russian folklore. The narrative relationship between the natural world and man continues…… 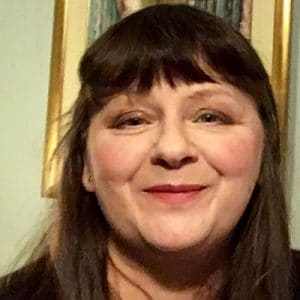 Denise Fraser is a Glasgow born ( 1961) visual artist, who has always been inspired by people and the fragility of the natural world. A landscape and figurative artist producing paintings in oils and watercolour and art textiles. Her work has diversified in medium and concept to include layers of imagery and symbolic meaning in urban and rural settings.

On graduating from Glasgow School of Art (1983) with a BA Hons Degree( Fine Art)  and acquiring the painting conservation award Harry McLean bequest.  Denise continued to paint. Additional training as an Occupational Therapist (1993) deepened her knowledge of the conceptual and cathartic elements of art.

In 2013 a studio was established in the Stirlingshire area.

Her artwork has been exhibited in societies and galleries across London, South East England, Central Scotland, Edinburgh and Argyll. It can also be found in private collections in Britain and Australia.