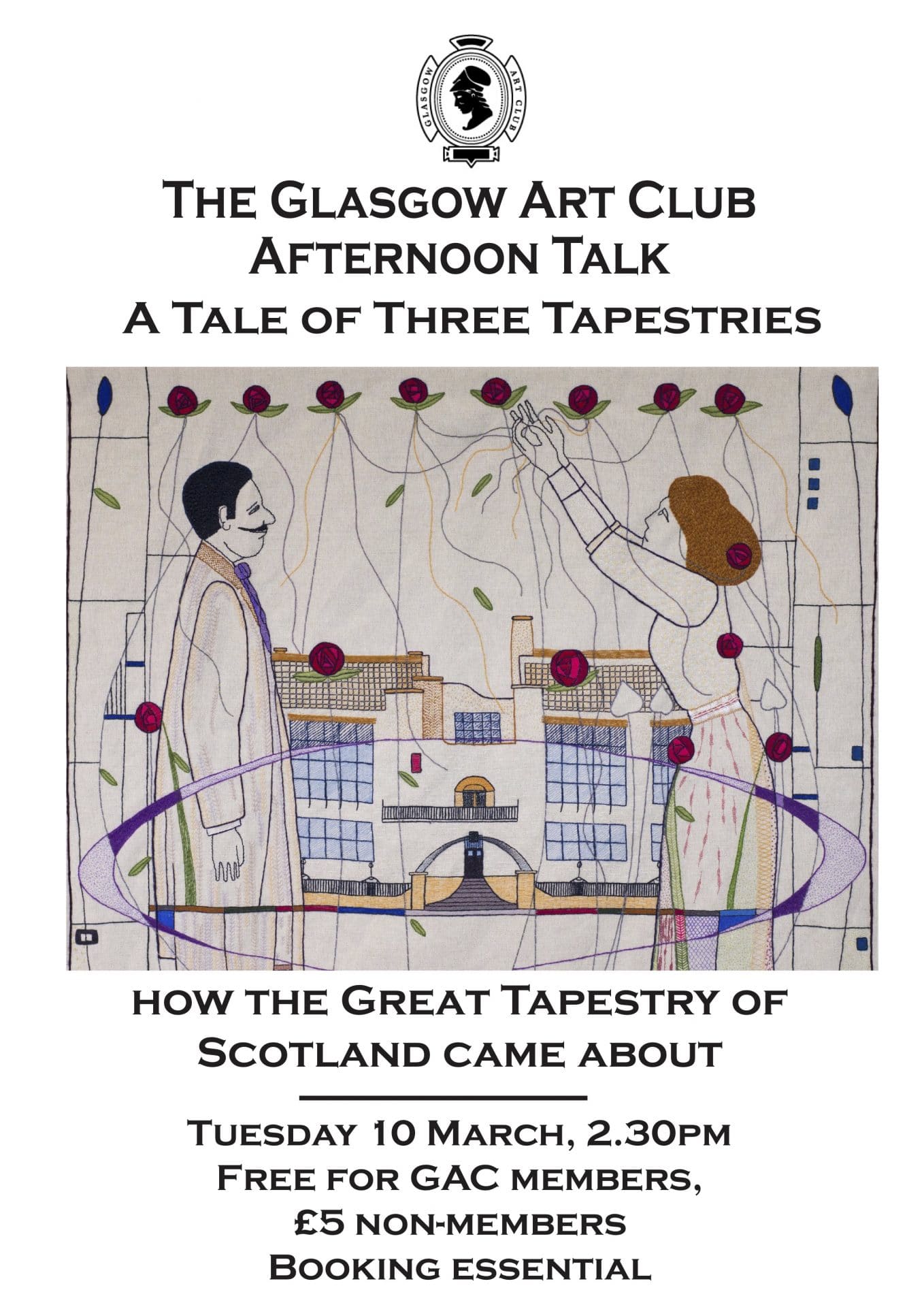 “The Great Tapestry of Scotland is a series of embroidered cloths (rather than a woven tapestry) made up of 160 hand stitched panels, depicting aspects of the history of Scotland from 8500 BC until its launch in 2013.” So says Wikipedia. I will explain how it was inspired, designed and constructed; give a behind-the-scenes account of some of the pitfalls and pleasures involved in community projects; and tell what future plans are in place to bring it to the public.

Lyn Dunachie . . . was born (only just) in the 40s, was a child in the 50s, a teenager in the 60s, starting a career in the 70s when there were plenty of jobs about, and has continued to be lucky ever since.

She has always sewn, first clothes for her dolls, progressing to mini-skirts and eventually constructing garments odd enough to be exhibited in a recent contemporary art exhibition in Edinburgh.

She got involved in stitching the Scottish embroidered panels known as the Great Tapestry of Scotland because of a misunderstanding about the word “Tapestry”. But she was eventually glad that she did.