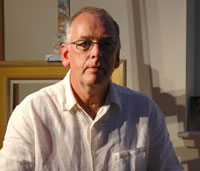 I was lucky enough to get into Glasgow School of Art at the right time.
In the mid sixties the Painting School was run by quality artists such as Alexander Goudie, Jimmy Robertson, John Cunningham, Duncan Shanks, and of course David Donaldson.
It was hard not to be moved by these painters, and over 30 years on I still feel their influence.

In 1995 I decided to leave teaching to paint full time for a living.
It must be the best job in the world. What other job pays you to travel all over the world in order to be inspired by places. Recent painting trips have taken me to the Hebrides, Norfolk, Suffolk, Cornwall, and the Isle of Wight in this country, and, further afield in Spain , Italy, Portugal, France, and the Caribbean.

I have a great relationship with some major Art Galleries, and since 1994 I have had 22 solo exhibitions in galleries in London, Edinburgh, Newcastle, and Chicago.

My influences other than the above named Glasgow Artists are The Scottish Colourists, Peploe and Cadell . I also admire the work of the English artists Edward Seago and Ken Howard.

My wife Jean is a great help to me in the Business and makes all my canvases as well as being my strongest critic. I have a daughter and a grand-daughter. 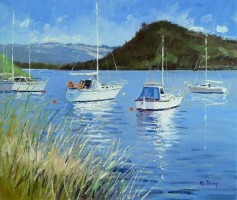 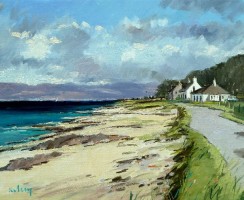 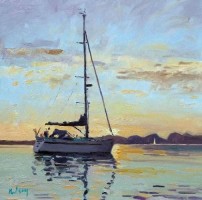 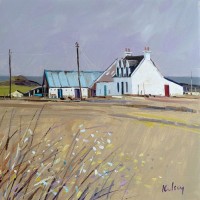 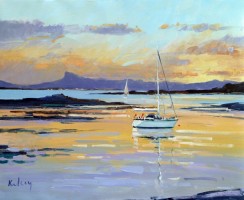 BOATS IN THE EVENING LIGHT 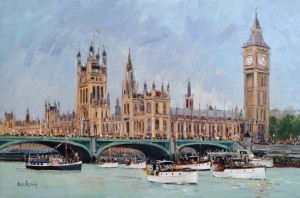 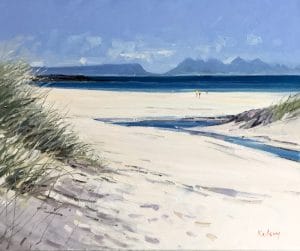 Heading to the Shore, Arisaig 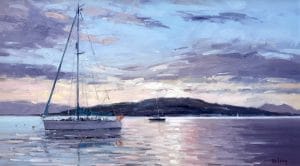 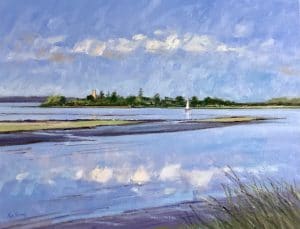 The Church at Iken from Snape, Suffolk