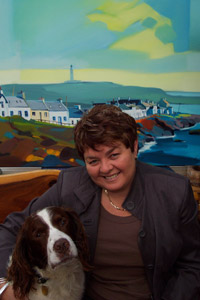 Born in Tanganyika, East Africa to an Austrian mother and Scottish father. At the age of thirteen came Scotland where she was schooled in Bearsden Academy. She graduated from Glasgow School of Art in the seventies and began her teaching career. After teaching in Braidfield High School for four years she took a year out to study at Moody Bible Institute in Chicago. She spent a further two years teaching art in the Seychelles whilst on voluntary service with African Inland Mission. From the mid-eighties until recently she has taught in various colleges, including Falkirk College. There she was instrumental in developing the HND Public Art in 1991and helped write BA Design. In August 2004 she gave up lecturing to concentrate on painting full time.

She has had numerous solo exhibitions throughout Britain and also in the USA and has participated in several group shows including the Royal Scottish Society (RSA), the Royal Glasgow Institute (RGI), Visual Arts Scotland (VAS), and the Paisley Art Institute (PAI). She gained an award from each of the latter three venues. 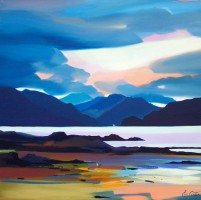 Back to the Sound, Sleat, Skye 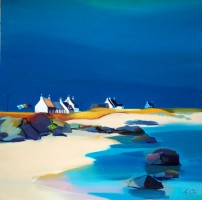 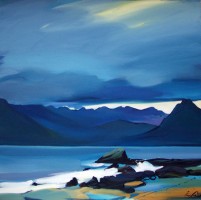 Call of the Cuillins, Elgol, Skye 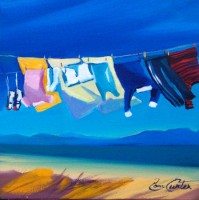 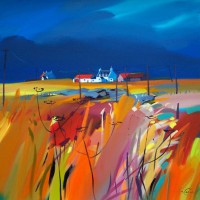