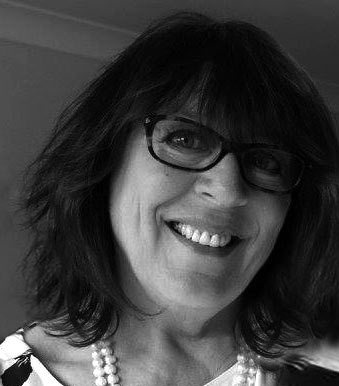 In 2012 Lynn returned to her roots in drawing and painting after a long hiatus. After graduating from Grays School of Art, Aberdeen in 1979, she
worked in the Graphic Design industry, latterly running her own design business working on major international brands.

Since 2012 her work has steadily gained recognition with many galleries across the UK stocking her vibrant work and she exhibits regularly in both solo and mixed shows. Two pastel pieces were selected for the Paisley Art Institute annual exhibition in 2014, one of which sold on the opening night and also one acrylic
portrait accepted into the 2016 exhibition. She won a prize for her double portrait of her daughter in 2019.

Her preferred mediums are pastel and charcoal and her works are collected by international art collectors as far afield as Australia, Bermuda, USA, Canada, Israel, France, India and The Netherlands.

Lynns subject matter varies but she finds she is drawn to portraiture and figurative works due to her life long love of life drawing which was instilled at Grays all those years ago. She recently returned to painting in oils and acrylics and is enjoying experimenting with the different processes of these mediums and is looking forward to further adventures in paint as well as pastel.

In 2015 she won awards in portraiture and landscape from the Pastel Guild of Europe and first prize in the WHSmith/Derwent Portrait Sketch Off portrait competition with her lively charcoal and conte portrait of actress Una Stubbs.
She recently also won another two awards from the Pastel Guild of Europe for her landscape with no green and a portrait with strong lighting.
These prestigious awards have helped boost her status as an artist of merit.
She is now on the Board as the Secretary of the Pastel Guild of Europe. In 2017 she was elected an artist member of the Paisley Art Institute and the Glasgow Society of Women Artists and in 2018 was elected an Associate Artist member of The Pastel Society of America.

Her work has been published in three books on pastel and portraiture and was commissioned to make two new pastel works to feature on the cover of books on music and open water swimming.

In 2012 inspired by David Hockney she started creating art on the iPad and was one of the first tutors of iPad art in the UK when Strathclyde University ran their innovative class ‘iPad art – a medium for the 21st Century’. Since then she has also taught Life Drawing, Portraiture in Pastels, Stage 2 Drawing and Painting and Learn to Draw classes at Strathclydes Centre for Life Long Learning. She also teaches art and pastels classes
at Bearsden Art Club.

Lynn is often asked to give demonstrations of pastel techniques at various art groups around Scotland one of the more recent being at the prestigious Stirling Art Club and currently has four pastel workshops booked over the next six
months. She has taught pastel workshops in France and The Netherlands. Lynn also undertakes privately commissioned work. Her website is www.lynnhowarth.co.uk